A downloadable game for Windows

We made an action-packed video game such the good old times in Sega Master System video game console. While we developed, we took care investigating about the platform features with the purpose of crafting a faithful retro experience, by means of modern tools under the Game Maker Studio 2 framework. Therefore, not only code was the main issue, but pixel-art and sound was a top requirement that involved a customised work to achieve the goal of making a reliable Master System experience, with its own color palette and Texas Instruments SN76489 sound chip.

We did plenty of work by polishing a technical demo that features main menu, text boxes, cinematic introduction, a fully action platform level design and its tied final boss and, lastly, end game screen with credits. Finally, for enhancing a true experience we implemented a shader with a CRT look that strengthen a TV mode like on a real cathode ray tube TV such us in the end of 80s and mid '90s.

The plot is set on the daybreak of Roman invasion of the Iberian Peninsula on ancient age, circa 198b.C., beyond the Hispania Citerior, in the land of Iltirta fatherland of Iltireskos, the Roman legions have advance steadily subduing any resistance they have found on their way, plundering all the villages and hamlets.

They approach the core of Atanagrum, Iltirta capital city, spreading terror among the indigenous who don't find consolation in their gods, nor heroes ready to expel them as Atabels made in the past, well-known as Indibil among Romans and Carthaginians.

In this violent turbulent scenario with no mercy, our main character called Balkar,
an skilled warrior coming back to his home after a hunter departure, will found his hamlet fodder of fire and its inhabitants slaughtered at the hands of a Roman legion. One of them is his brother Luxinio, who in the last moments before last breath make Balkar to pledge that he will recover Luxinio's daughter, Himilce, kidnapped by Roman Proconsul Marcus.

We developed this as part of a final project for our technical education degree and a coming expo in our city. We want to share our work as a free gift to Itch.io Community, please look forward to this game... and help Balkar to take revenge, rescue Himilce or who knows what... it's up to you!

We want to grow the game with you, that means we still need to finish more things, but we want to hear you!

We aren't English native speakers, our game has Spanish dialogues but we made an English translation for international purpose. If you want to help us with grammar, you're welcome! Or even other languages!. This means a selectable language option is in "settings".

We want to share thanks to this people or groups that help us a lot for crafting our game at current stage: GIMP Project, Audacity Project, Pixelbyte Studios, Riddlesoft, Bfxr website, Cody 'CodeMan38' Boisclair, Benjamin 'HeartBeast' Anderson, xygthop3.

And of course, YoYo Games for making such awesome Game Maker Studio 2.

You have a package file zip, the installer version and a packaged zip which contains documentation on English and Spanish for home-made physical edition (user guide like Master System, cover DVD, cover case, tryptich). 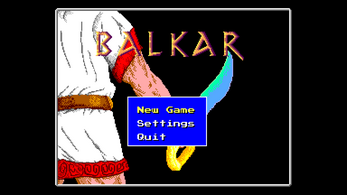 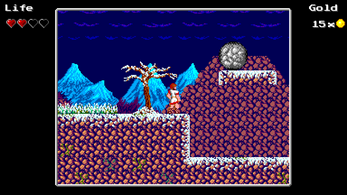 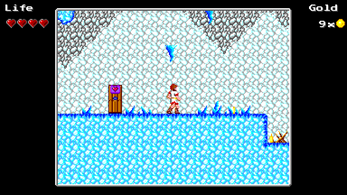 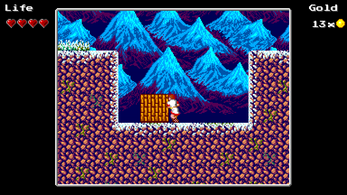 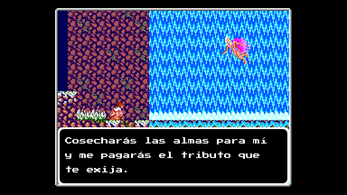